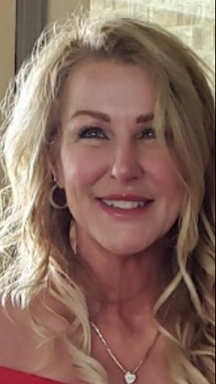 I am an instructor with an articulate and entertaining style of teaching art. As a '74 graduate of East Central High School and a '79 graduate of Sul Ross State University where I received my Bachelor's Degree in Fine Arts.

I began my first teaching job in 1981 for Judson Independent School District at Kitty Hawk Middle School and stayed there until I was offered a new position in 1987, teaching Art at the new 9/10 Gray Campus at Judson High School and stayed there until 1996.  I relocated to Riverside Unified School District, in Riverside, California and taught Art in the middle school until I was selected to oversee and organize the Fine Arts Department at Martin Luther King High School in 1999.  Due to my husbands military career, we were transferred from California to Texas then to Las Vegas followed by Hawaii and finally in 2008 we retired in Tuson, Arizona.  Then in 2017, I moved back to San Antonio to be closer to my family, and have continued my teaching career here at Veterans where I just completed my 22nd year teaching secondary Art.

I am sure your student will enjoy and appreciate my unique ability to convey my easy to understand instruction and genuine sincerity in assisting students in reaching their goals as an artist.