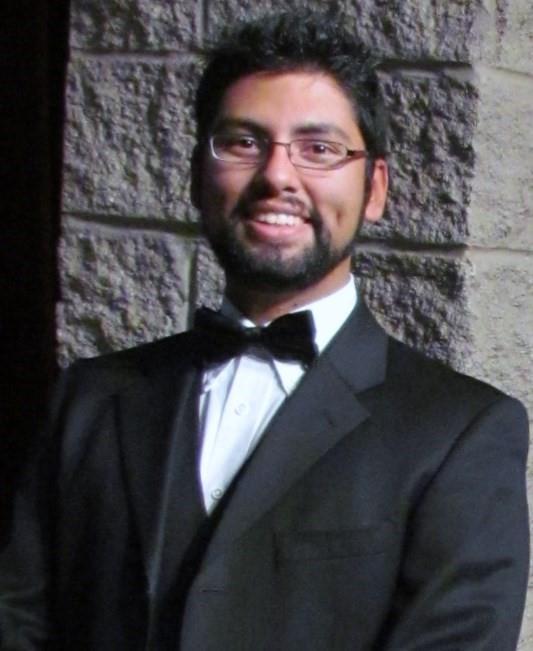 Mr. Adam Apolinar III is in his 7th year of teaching, serving his third year at Veterans Memorial High School. He currently holds a Bachelor of Music Education degree from Baylor University, as well as a current Teacher Certificate for the state of Texas.

Mr. Apolinar graduated Reagan High School in San Antonio on June 2nd, 2010. He attended Baylor University and graduated in December of 2014, following his student teach at Marcus High School. Mr. Apolinar then worked for Waco ISD as a substitute, then continued to Copperas Cove ISD to be an Assistant Band Director at S. C. Lee Junior High. For four years, Mr. Apolinar directed the Concert Band, the S. C. Lee percussion program, and assisted with the Pride of Cove Marching Band.

While at Veterans Memorial High School, Mr. Apolinar has helped the 2 performing concert bands, as well as the Fall Marching Production and Spring Indoor Percussion Group. Mr. Apolinar has competed 3 times with the VMHS Indoor Percussion Group, cutting short the 1st season due to the pandemic. In the 2nd year at Mr. Apolinar's direction, the ensemble participated in TCGC again virtually, going on to win the Concert Scholastic A Virtual category for the 2019-2020 season. The group is currently in it's 3rd year under Mr. Apolinar's direction, coming off of their win with a 69.0 at the Dripping Springs event. The group will continue to compete throughout the 2021-2022 season.

Mr. Apolinar was born in San Antonio, TX. Since 7th grade, Mr. Apolinar has been involved with band. He participated with the Baylor University Symphonic Band for four years. He also was a participant of the Baylor Handbell Choir, as well as the introductory year of the Compana Ensemble. Mr. Apolinar was also a member of the Men’s Choir at Baylor, and the All Campus Orchestra. Following graduation, he was continued his musicianship as a member of the Harker Heights Concert Band. Mr. Apolinar is also a member of Phi Mu Alpha Sinfonia, Texas Band Masters Association, and Texas Music Educators Association.

Mr. Apolinar has many hobbies, such as board games, video games, and playing disc golf in addition to playing his instruments. He can be found doing any of the activities outside of his classroom or duties, along with spending time with his wife.