This is the first year for all the teams to compete in the program, and the Mock Trial Team placed 3rd at regionals. The media team placed first in social media, broadcasting, and photojournalism. The mock trial team and the students who placed first in the media divisions will advance to the state conference to compete for the state titles. State will be held in Austin on January 27 - 30, 2022.

On the day of the competition, they only announce the top three in mock trial and first place in the other divisions. There is a good chance that the other student who competed in media placed in the top three and will also advance, and we will have one other student on the legislative team advance as well. Because of Thanksgiving, the final list of students advancing to State should be released very soon!

There were 20 teams that competed at the regional level from Austin, San Antonio, Corpus Christi, and one from the Rio Grande Valley.

Veterans Memorial High School was one of only three schools to represent San Antonio; the other schools were the law magnet programs in San Antonio at Fox Tech and John Marshal High School. These students many hours preparing their cases for trial and competition. They represented themselves, their families, and the school with honor. 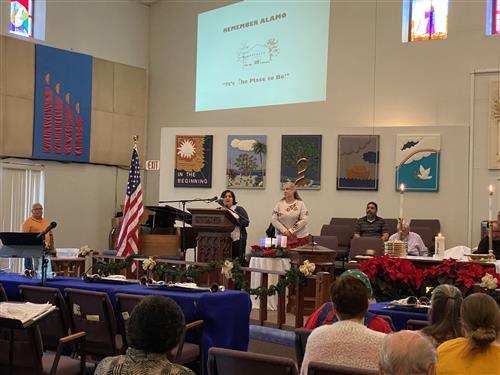