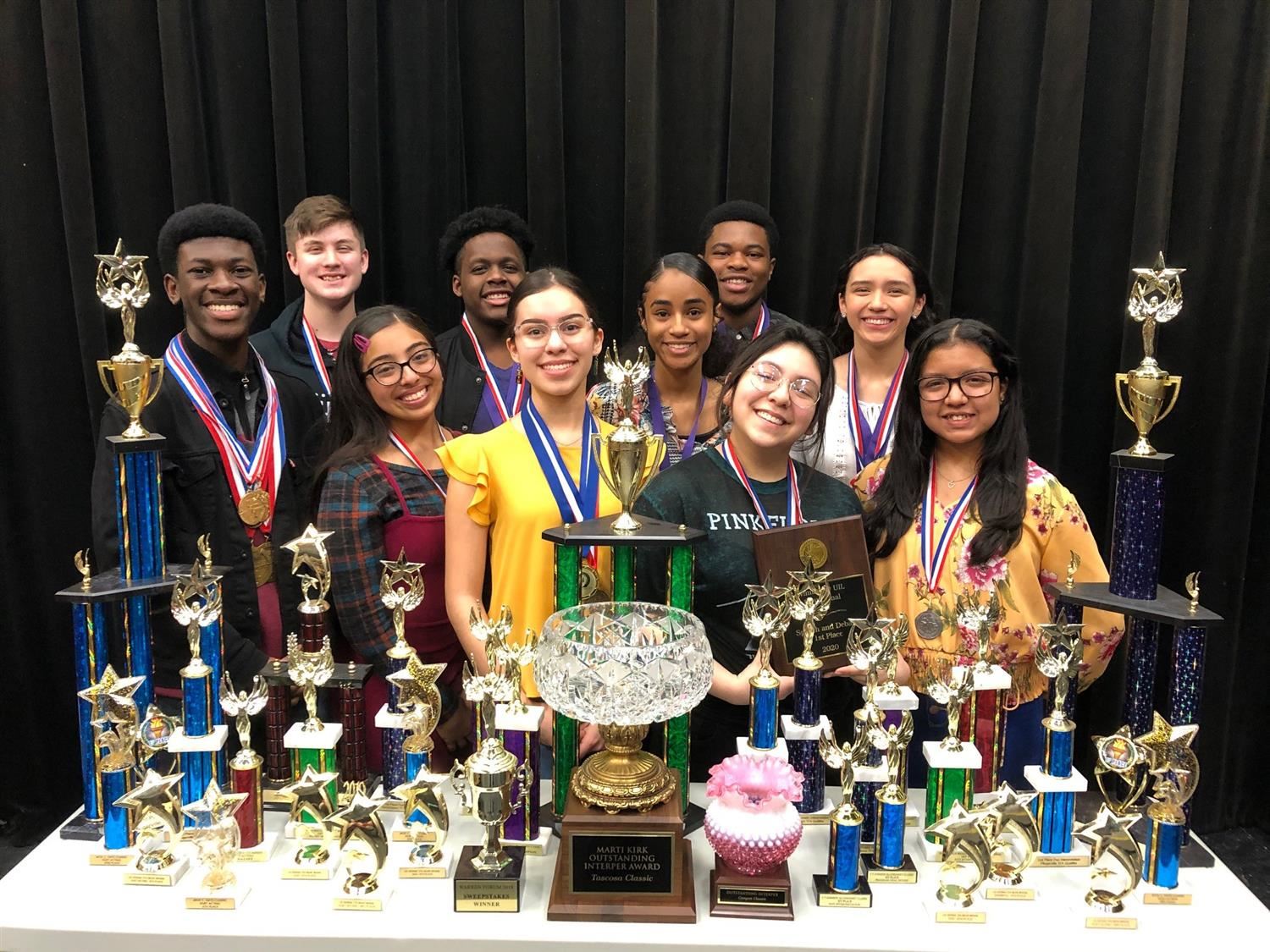 Judson High School’s Theatre Arts program has been competing all semester at the Texas Forensics Association competitions and the Central Texas National Speech and Debate Tournament with the goal of making a showing at State and Nationals this year. These are the students that have won their way into the State and National tournaments and they are excited to get to represent Judson High School in El Paso, Houston, and Albuquerque where they will go up against the top performers in the nation. Last year Judson was honored by being one of the top four competing schools in the nation at NIETOC. Students are coached by Larry Bailey and Larissa Lyons.