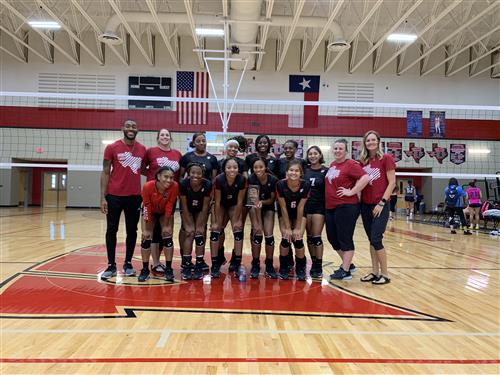 The school year is still very young, but already we're seeing some success in JISD athletics. Wagner Volleyball won its varsity Wagner tournament!  It was a two-day tournament.  Wagner defeated teams from  Lee, John Jay, Lanier, and PSJA southwest.  Janae Hoyle and Trinidie Davis were named to the all-tournament team.  Congratulations to them and all the coaches.