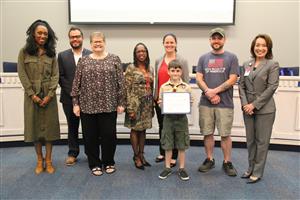 Michael Ray Saxton III is an “All A” honor roll student in fifth grade from Salinas Elementary School. He is a Weblos II from Converse Cub Scout with Pack 239. His interests include art, the books of JRR Tolkien, and the action-adventure game Terraria. He loves Soccer, video games, cub scouts, hiking, camping, fishing, and being active. One other interesting note, he hiked up to the base camp of Mount Rainier in Washington State at 8-years-old which is a massive accomplishment. 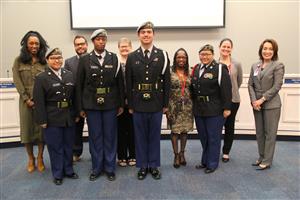 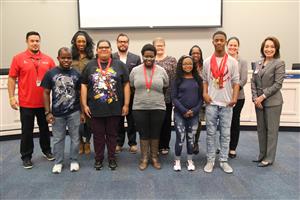 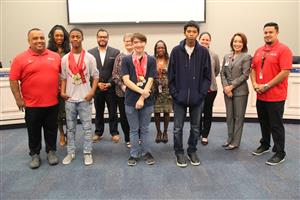 From Veterans Memorial, Judson and Wagner High Schools.
The JISD Special Olympics Flag Football Teams recently participated in the Area 20 competition hosted by Veterans Memorial High School. Both the Patriots and the ThunderRockets came through their respective competition division smelling like a Rose and both have qualified for state competition. That will be in December in Del Valle TX at Del Valle High School. The team members for the Patriots are:
Isaiah Brown
Zachary Donnelly
Damian Gonzales
Robert Jiminez
Kajon Mackey
Earl Riley
Frederick Ruess
William Tate
Logan Wiggins
Coaches: David Saldana and Jacque Dupree 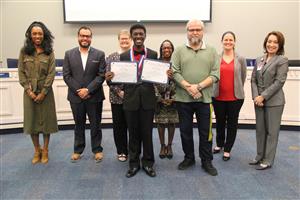 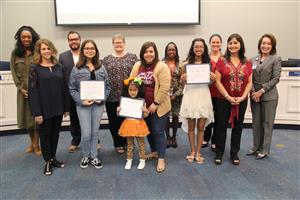 The Christmas Holidays are right around the corner and the Fine Arts Department engaged students all across the district to come up with the best holiday artwork for the district greeting card. Students were asked to dial up the creative juices for this project and they really came through. The contest garnered 126 entries and judges picked out the top three…one for elementary, one middle school, and one high school. And the winners are:

The prize for each of the winners is a $75 gift card for each. The cards will be used as the official JISD Christmas Greeting Card during the holiday season. Congratulations to each of these students and for all the hard work everyone put into this project. 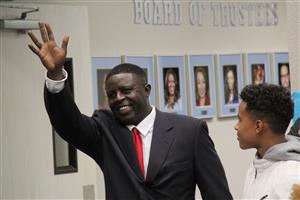 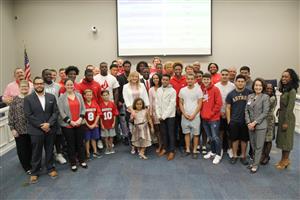 Also, Coach Rodney Williams was welcomed as the new permanent Head Football Coach at Judson High School. Coach Williams has been serving as interim coach since before the season started and was given approval by the JISD Board of Trustees. He had quite a support group to congratulate him. 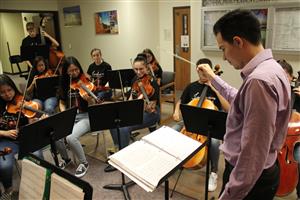 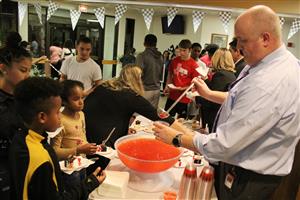 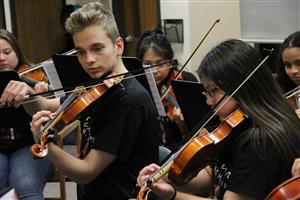 The board meeting took a brief break for a reception in the ERC foyer in honor of the retirement of Board Member Richard LaFoille and new Board Member Ms. Shatonya King. The Judson High School's orchestra group played for the event while refreshments were served.