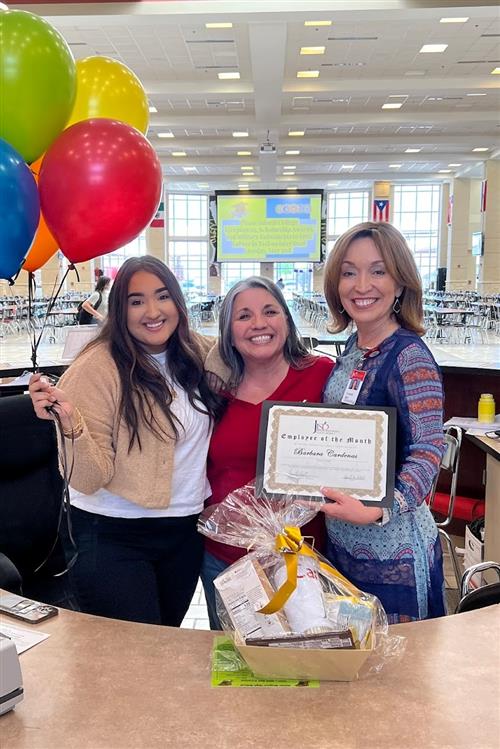 Family roots run deep at Wagner High School! Ms. Barbara Cardenas had been a volunteer at WHS for over 9 years with her mom, Ms. Tabbert.  Her sister also attends school there as a sophomore. It was just a matter of time before Ms. Barbie became an official member of the Thunderbird Family as the front office receptionist, where she says it was because of the relationships she created and the sense of community that she felt on campus that made it the perfect fit for her. Ms. Barbie started working at WHS in August 2021 and has already made a positive impact on the students and staff.  She is described as having a positive attitude and always willing to help others. You can find her afterschool helping many student organizations but dedicates most of her time assisting with Student Council.  After work Ms. Barbie taps into her creativity where she works as a makeup artist as well as in graphic design. She says that seeing others on campus giving 100% into their work and putting their entire heart into the school and district motivates her to do all that she can. It is because of her hard work and dedication that Ms. Barbie was named the JISD employee of the month for April.  Congratulations to Ms. Barbie at WHS!