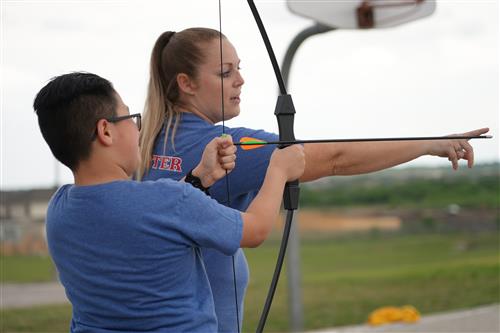 Led by Ms. Ashton Webster, Ms. Gabby Gomez, and Ms. Pamala Robinson, students spend their afternoons every other week learning about a sport that isn’t commonly seen in schools.

“After we saw the kid's enjoyment when we had the YMCA out, in the spring of 2021, I thought, ‘Hey, this is a great idea.’ But it cost some money,” Webster said. “We were looking for different support and that’s when we applied for our JEF grant. Since then, we have everything we need.”

The sponsors have turned the opportunity into school-wide competitions, allowing students to compete for awards.

“It was important for us to give the kids a different opportunity and different outlet. Some people think that athletics is just something with a ball. They don’t think that shooting sports are actually sports,” Webster said. “We are also including science aspects including force and projection.”

“I went back every single year from 9-13. I was a counselor in training from 15-16, and started working at the camp from 17-22,” Webster said. “When I was 18, the camp director saw that I had a knack for archery and called on the off-season to start being the range specialists and paid for my certification for life.” 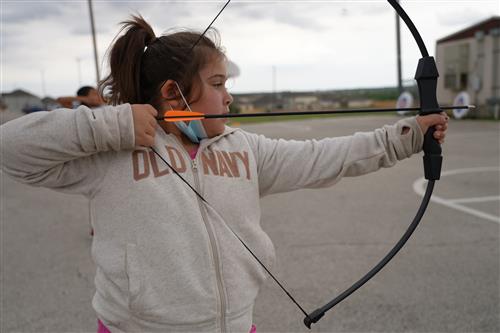 When she started teaching at Converse Elementary as a special education resource and inclusion teacher, she knew she wanted to bring archery to her campus.

“A lot of our special needs students are in our club,” Webster said. “They saw who the instructors were and it was new and exciting.”

Webster hopes that a club like this can expand to other campuses in the district, eventually leading to inter-district competitions.