He has lived a very interesting life, taking many unexpected left and right turns.

After graduating from high school in Fort Lauderdale, Florida, he went into trade school to be an automotive mechanic. His first job was with Honda. But when the recession hit, after six years in that role, he was let go.

“With two daughters at the time, times were dark. I knew I had to figure life out,” Rivera said. 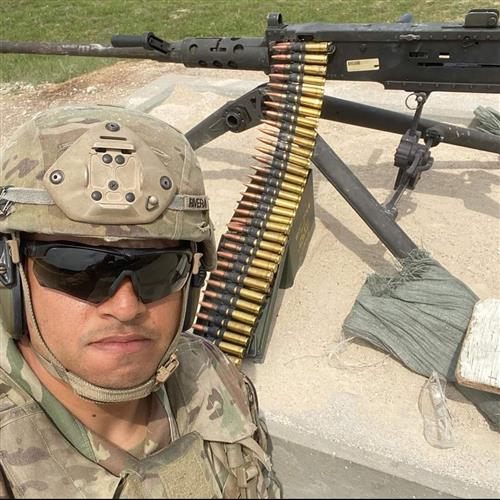 Life turned into an unexpected adventure when he decided to do what our society has deemed to be one of its noblest roles - serve our country in the military.

“At the time, the military wasn’t glamorized. And especially after 9/11, I was very skeptical,” Rivera said.

Fighting a crumbling economy and societal expectations, the Navy had to be his way out.

“I was in the Navy reserves for six years - a year and a half being on active duty,” Rivera said.

After serving his contractual obligations, he returned to Florida and attempted to assimilate into civilian life, which has historically been difficult for soldiers.

“I came back and did call center, construction, a bunch of different jobs,” Rivera said. “I was reserves, but still needed a job (to supplement my bills). I was fighting.”

Although pushing for an active role, he remained in the reserves. After being deployed and traveling the world through deployments, he eventually got out of the Navy.

At the time, he was convinced the military (and active duty) was what he wanted to do. So, he joined the Army and was placed in an infantry role.

“The only way I could get in was through infantry. At 32, I thought my days of that were over but it was the only way. I was physically beat down, pushed to my limit, but I was good at it,” Rivera said.

A turning point in his life came when he was living in Europe, hanging out with some coworkers.

“I was in Germany. I met up with an old high school classmate who was an officer. Her and her cowers were O3s. They had no idea that I was an E5 - they thought I was up there because I was older,” Rivera said. “I’m just like them - there was no difference. Sometimes, you set yourself up to be stuck in a box - that I didn’t belong there. But once you get rid of those boundaries, the world just opens up and you realize - you can do anything. That’s when I knew I wanted to continue my education.”

After leaving Italy and being assigned to Fort Hood, Texas, he began the process of getting his degree.

“I love history,” Rivera said. “Now, I get to talk about it all the time and get paid for it.” 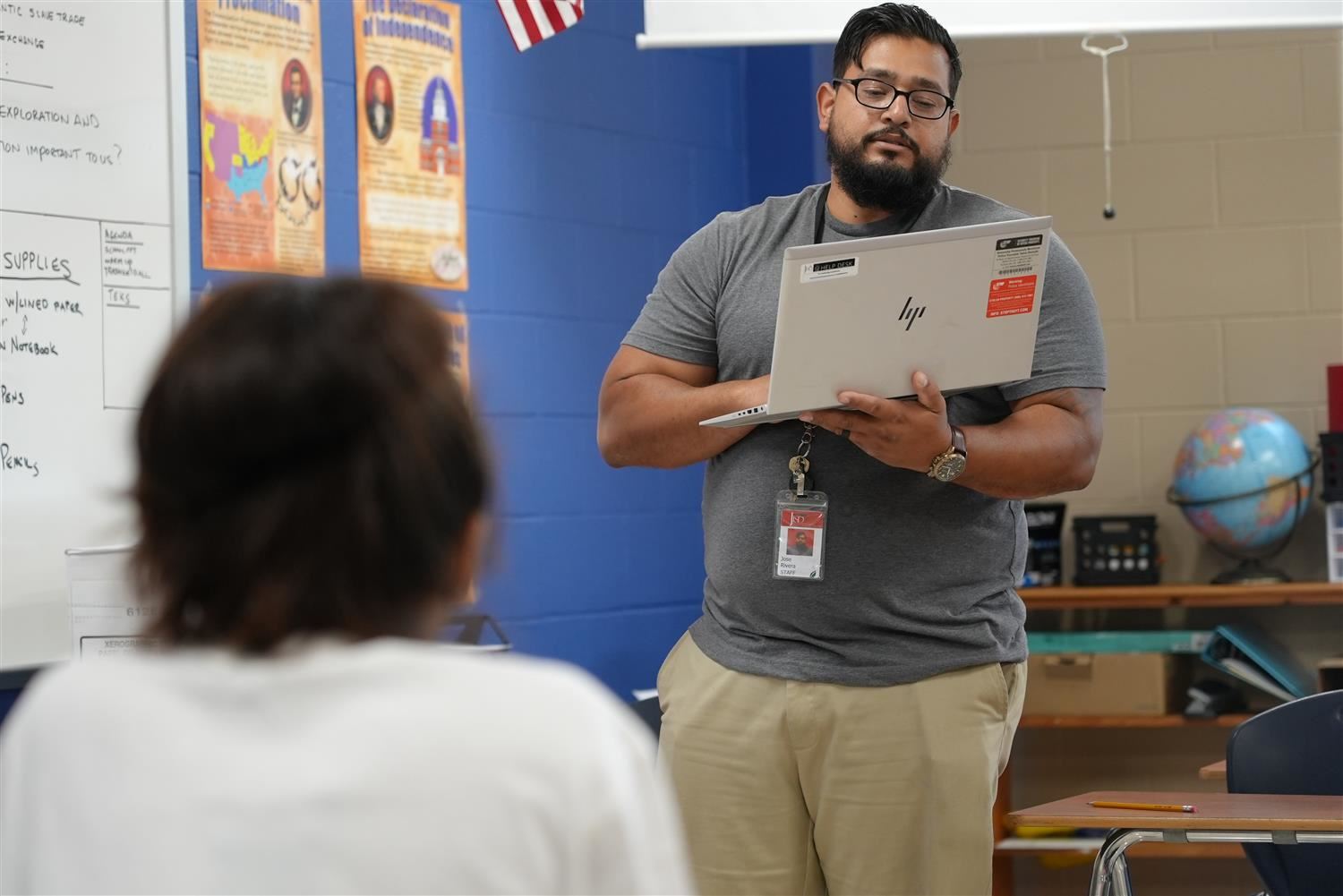 Although you can’t compare the infantry in the Army and the classroom, the hardships he has endured and his experience in the military have assisted in making sure he becomes a successful educator.

“Just because I’ve experienced more and different things, I don’t know much about teaching. They are two different things. But because of my experience - my ability to adapt - I’m always asking questions and asking for help, because I know I am going to need it. My experience in life has allowed me to [empathize] with students. I understand where they may be at - I know how it feels to work hard for something.”

Coach Chase Crager, his hallway neighbor, has been instrumental in ensuring that he is successful.

“He’s been teaching for four years,” Rivera said. “I’m constantly chipping away at his knowledge. He’s helped me a lot with classroom and time management.”

The district is filled with leaders from different backgrounds - some who started as educators and others who have made education their second, third, or fourth career. That is what makes Judson ISD a special place to be - perspectives and experiences from different parts of life and the world.

“It’s been a blessing,” Rivera said. “I’m 38 now. If you told me at 28, when I thought that life was over, that I would’ve had another career change, I would’ve said you were lying.”