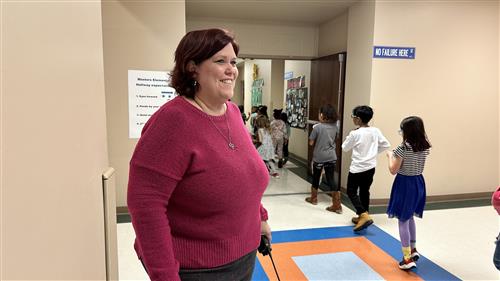 As Ms. Marshalee Peart ran down Pat Booker, she is worried.

She had just arrived from New York, looking for a fresh start, but with very little guidance on how to do that while also holding on to the heavy weight of the challenges that were the catalyst to her move.

With a background in health administration, it wasn’t as if she couldn’t do a job. It was a matter of simply trying to find one.

Things were just not going her way.

“I just wasn’t getting what I wanted,” Peart said. “I had my sister here, but my kids needed me to be flexible. So, I needed a job that would be flexible with me for them.”

Every morning, after she dropped her kids off at Coronado Village Elementary, she hustled to find work. She eventually found Ms. Annie’s Daycare and Learning Center. It wasn’t the ideal situation for her, but it was a job.

“Really, I was running away from working with kids,” Peart said. "And I ended up getting a job at a daycare."

It was a job, though. However, it may have been the right job, a springboard to something bigger.

Her sister saw that she had a knack for working with kids and suggested applying to Judson ISD.

“I’ve told you for years, I don’t want to [work with kids],” Peart told her sister.

But she was just… a natural.

So, she applied to be a substitute teacher for the district. She was persistent - she needed a job. Finally, when Bertha Sanchez in Human Resources talked to her, she ensured that Peart was brought in and sent to orientation. 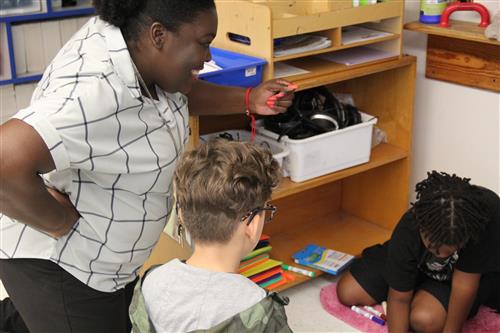 In December 2021, she started at Coronado Village, the school her kids attend.

She was always on campus. Not to cover classes, but to talk to teachers about her son, Jiovanni. He was not handling the transition to a new school and a new city very well.

“He was acting out and struggling,” Peart said. “They would always call me to campus.”

Even though she would attend countless meetings about her son, there was something else pulling her to Coronado Village. Something was special about that school.

The same day Principal Erika Garza found out Peart was a certified substitute in the district, she was looking for a long-term substitute to fill in for a teacher that would be out.

Her initial journey wasn’t easy. As they always do, the students were testing Ms. Peart. But she knew what to do - she was a natural in the classroom. Garza noticed it and other teachers noticed it. After her long-term stint was over, she was constantly on campus, covering teachers left and right. She was the go-to, dependable substitute for Coronado Village.

It was the love that overflows at Coronado Village that kept her coming back and the people that allowed her to come back. Now, she is a full-time paraprofessional on campus, an integral part of PK-3 with Ms. Melissa Moyer. 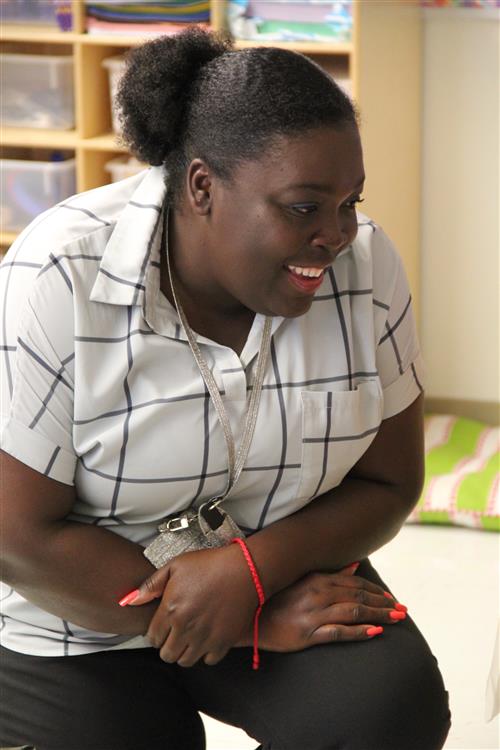 “I remember one day Mrs. Garza said, ‘Ms. Peart, I think you found your calling.’ And I hate to admit she was probably right,” Peart said. “I was always passionate about kids, wanting them to be happy and wanting them to be involved. (Back home, I was a Sunday school teacher.) But, I never knew I was going to work for a school district.”

Now that she is settled in San Antonio and Judson ISD, her goal has changed - to have a classroom of her own.

“Now that I just got this job, it’s a matter of getting everything together. I wish I could fast pace it all,” Peart said.

Even though life gave her such a left turn that she found it necessary to move from New York to San Antonio, she found a home and refuge at Coronado Village Elementary. And she plans to stay.

“When I got hired, on the back of my id, I wrote, ‘From this day on, I pledge to commit myself fully to these children and the staff. I will always be my authentic self. I will always show up.’ I meant it then and I mean it to this day,” Peart said.