“Hello, my name is Scout. I go to Rolling Meadows Elementary.” 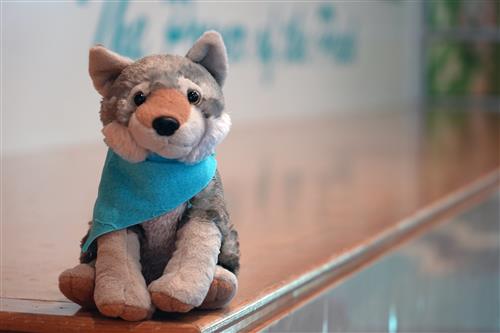 “Hello, my name is Scout. I go to Rolling Meadows Elementary,” he said.

He was incredibly excited to introduce himself to Judson ISD Communications who came to visit and learn all about him.

When Rolling Meadows started in 2011, Wolfie was the initial face of the campus. However, after he retired, Scout stepped in.

“I want to be in the middle of the mix with the kids. I want to experience school,” Scout said.

He was adopted by the campus in 2022 after living an adventurous life in Yellowstone National Park. He’s never been to school, so this is his first experience with big and little people.

One day, when Scout walked into the cafeteria while fifth graders were having lunch, everyone said hi.

“Everyone wanted to high-five me,” Scout said. “But, people need to be careful with my coat. It’s very sensitive.”

Even the teachers talk Scout up as the new face of Rolling Meadows. He has even participated in the daily broadcast, WolfTV.

“When I visit the school pods, everyone is so friendly to me,” Scout said. “They invite me in to do activities with them. This is great place to be.”

Now, Scout is the wolf to know in the community. One day, Scout was hanging out with Mrs. Sharisa Rhoades, the assistant principal. A parent came in to walk her student to class.

“For some reason, the parent and the student ran up to me to take a picture,” Scout said. “They were excited to see me. It’s like I’m a celebrity.”

This school year, Scout has stepped up, starting an Instagram account to share with the community all the things that are going on at Rolling Meadows.

“We want to showcase things we are doing through his eyes as he experiences things for the first time,” Rhoades said. “We’re all doing this together.” 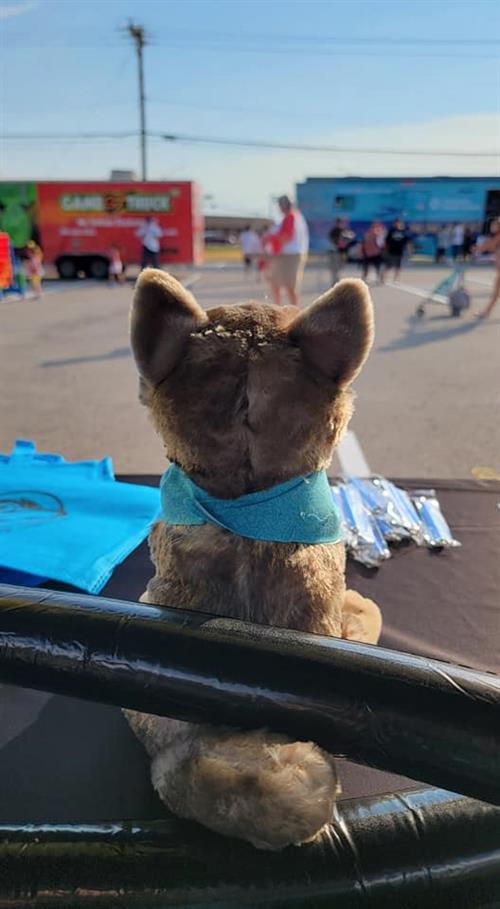 He attended Convocation at the Freeman Coliseum and the massive Back to School Block Party at D.W. Rutledge Stadium, the beginning of the year professional development with the teachers and Meet The Teacher night.

“I had such a good time seeing all these little and big people,” Scout said. “I hate when the school is empty. I love when people are in the building.”

Hopefully, making sure he keeps up with attendance and comes to school, Scout wants to do more things to be involved with the little people.

“I want to play hide and go seek in the pods and see who can find me,” Scout said. “I want to take pictures with all the kids and all the classes. I love it here.”

Scout’s life span is 14 to 16 years, so he wants to make sure he sees as many kids come through the halls. But more importantly, Scout made sure that everyone knows he wants to see more of something else.

“I want to see more kindness,” Scout said. “And I want to make sure we grow people here at Rolling Meadows.”